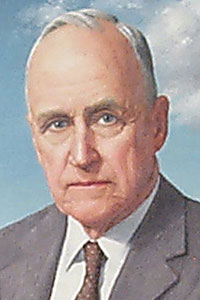 Dr. Edward R. Frank earned his BSA in 1918, DVM 1925 and MS in 1929, all from Kansas State College. In 1918 and 1919, he served as a private in the US Army’s 10th Division at Camp Funston, Fort Riley. He described to his son Gael Frank, a physician who passed away in 2012, how the troops would go through the barracks each morning to remove the bodies of soldiers who had died during the night from the Spanish influenza pandemic, and then stack them outside “like cordwood.”

When Dr. Frank received his DVM in 1924, he received the Gingery Prize for “Unusual Proficiency in Surgery” and the Kinsley Prize in Pathology. From 1925 to 1926, he was an assistant professor at the University of Illinois. He joined the K-State faculty in 1926 as an instructor in surgery and medicine. In 1929, he became an assistant professor and a full professor in 1935. 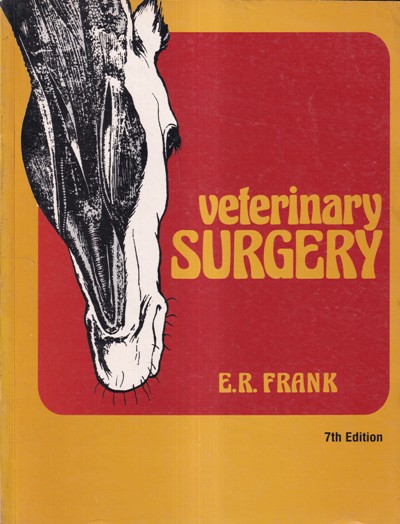 In 1963, Dr. Frank received the Kansas State University Distinguished Service Award in Veterinary Medicine. He was a world-renowned veterinary surgeon and the author of a book on veterinary surgery widely used as a teaching text in veterinary schools. He was a charter member of the American College of Veterinary Surgeons (ACVS).

In 1978, the large animal surgical suite in the Veterinary Health Center (Mosier Hall) was named in his honor.

Dr. Frank had a strong interest in athletics, particularly baseball where he earned the nickname, “Beanie.” He and his wife, Jean, had two other children, Robert Frank and Murial (Frank) Bowman.

Nomination may be made by any alumnus of the Kansas State University, College of Veterinary Medicine. Nominees should be individuals who have enjoyed a long-standing (15 years) relationship with the college. This relationship may include service, either current or prior, as a member of the faculty. Individuals need not be an alumnus of Kansas State University to be nominated and considered for this award. Nominees should have a noteworthy record of significant service and contribution to both the profession and Kansas State University, and be recognized for achieving their success in an unassuming and unpretentious manner that emulates the professional essence of Dr. E.R. Frank. Seated administrators would not be considered as nominees during their term of administrative appointment. There is no limit to the number of time an individual may be nominated. Any individual may receive this award only once in their lifetime.

The honoree will receive their award at the Alumni Brunch during the Annual Conference for Veterinarians and be presented by the College of Veterinary Medicine and its Veterinary Medical Alumni Association the first weekend of June.