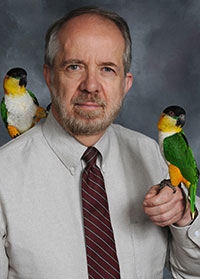 Dr. James W. Carpenter, Manhattan, Kansas, has been selected as the recipient of the 2016 E.R. Frank Award by the K-State College of Veterinary Medicine and Veterinary Alumni Association. The award is presented during the 78th Annual Conference for Veterinarians on June 5­. The E.R. Frank Award is presented to a faculty member who displays meritorious service to the college as well as the same professional essence of Dr. Frank, a longtime faculty member in equine surgery and a K-State alumnus. Nominees must have at least a 15-year relationship with the college, possess a noteworthy record of service and display an unassuming and unpretentious manner throughout their careers.

Dr. Carpenter has been a clinical and research veterinarian for 40 years in the field of exotic animal, wildlife (including endangered species) and zoo animal medicine, and has assisted in developing an internationally-recognized program in Zoological Medicine at Kansas State University. He has trained 38 interns and residents, has authored more than 170 scientific papers, 40 book chapters, and 240 proceedings articles. Before coming to Kansas State University in 1989, he headed the U.S. Fish and Wildlife Endangered Species Propagation Program at the Patuxent Wildlife Research Center in Maryland for 15 years. In 2013, the Veterinary Health Center (KSU College of Veterinary Medicine) named the new veterinary facility at Manhattan’s Sunset Zoo the “James W. Carpenter Clinic at Sunset Zoo.”

“Even though my wife and I returned late last night from a tour to China and Tibet, where we visited the Great Wall, the Terra Cotta warriors, and spent a day with 85 giant pandas, there was nothing on that trip that was any more exciting than receiving the ER Frank Award for 2016,” Dr. Carpenter said. “We are all aware of the contributions of Dr. Frank, and when I saw the list of previous recipients, I was indeed humbled. I have truly enjoyed my position in Zoological Medicine in our college for the last 27 years where I have had the great joy of training more than 2,800 students and 38 interns and residents. I assure that nothing has been more satisfying or rewarding than teaching veterinary students and house officers. So thank you for this great honor. I am extremely appreciative.”

“We are proud to recognize Dr. Carpenter with this award, as he has contributed greatly to our Zoological Medicine program during his distinguished career at Kansas State University,” Dean Tammy Beckham said. “His impact on the veterinary profession through teaching and training embodies what the E.R. Frank Award represents.”

Dr. Carpenter is co-editor of Ferrets, Rabbits, and Rodents: Clinical Medicine and Surgery (2012), editor of the Exotic Animal Formulary (2013) and current editor-in-chief of the Journal of Avian Medicine and Surgery. He is the former editor of the Journal of Zoo and Wildlife Medicine and served on the Wildlife Scientific Advisory Board of the Morris Animal Foundation from 1998-2001, serving at chair from 2000-2001. Dr. Carpenter is the past-president of the American Association of Zoo Veterinarians (1998-1999), the Association of Avian Veterinarians (2006-2007), and the American College of Zoological Medicine (2008-2009).

Dr. Carpenter and his wife, Terry, have two children: Erin and Michael. 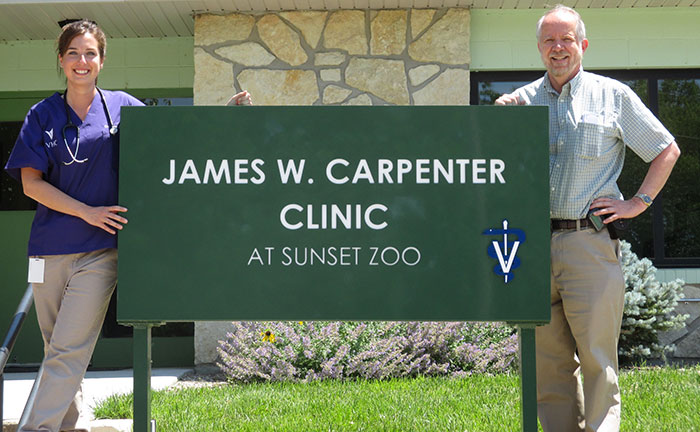 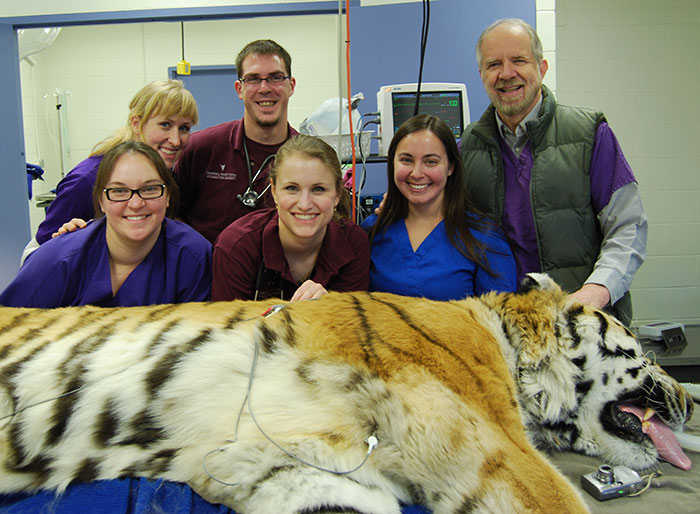 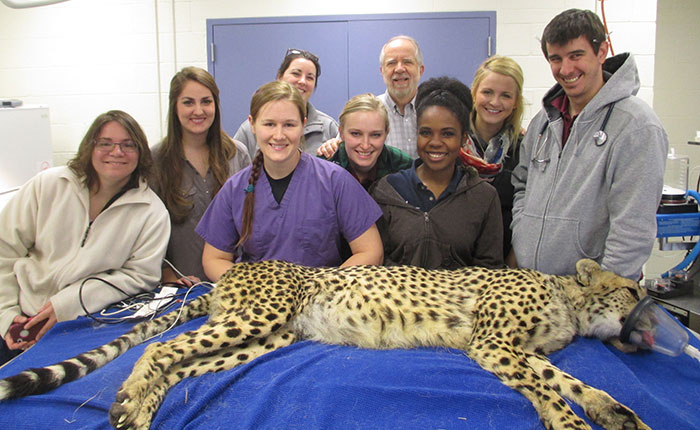