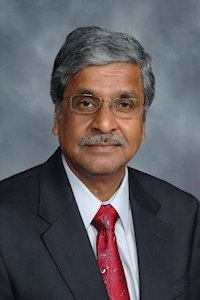 My teaching responsibilities include the following:

DMP 712.  Veterinary Bacteriology and Mycology (3 credit hours): Taught in the Fall semester for Sophomore DVM students.  I teach 34 of the 48 lectures

DMP 713.  Veterinary Bacteriology and Mycology Laboratory (1 credit hour): Taught in the Fall semester for Sophomore DVM students.  I teach 12 of the 17 laboratory exercises on pathogens of veterinary importance

ASI/DMP 820.  Rumen Metabolism (3 credit hours): Metabolism, absorption, digestion, and passage of nutrients in the rumen; factors affecting the environment of the rumen; certain aspects of rumen function and dysfunction; techniques used in rumen research.  This course is taught in the Spring semester of even-numbered years for graduate students in Animal Sciences, Microbiology, Veterinary Medicine, and Agronomy

DMP 925.  Rumen Microbiology (3 credit hours): Lectures dealing with the microorganisms of the rumen, their habitat, diversity, structure, interactions, and biochemical activities. Techniques for enumeration, isolation and identification of ruminal microorganisms.  This course is taught in the Spring semester of odd-numbered years for graduate students in Animal Sciences, Microbiology, Veterinary Medicine, and Agronomy.

My research interest is in the field of Gut Microbiology of animals, particularly of the rumen of cattle.  The investigations have focused on the role of microbes in ruminal function and dysfunction, particularly in animals fed high-grain diets.  My research is a blend of basic and applied studies and involves collaborative interaction with Epidemiologists, Food Microbiologists, Molecular Biologists, Production Animal Specialists, Ruminant Nutritionists, and Pathologists.

Currently, my laboratory is involved in the following research areas: