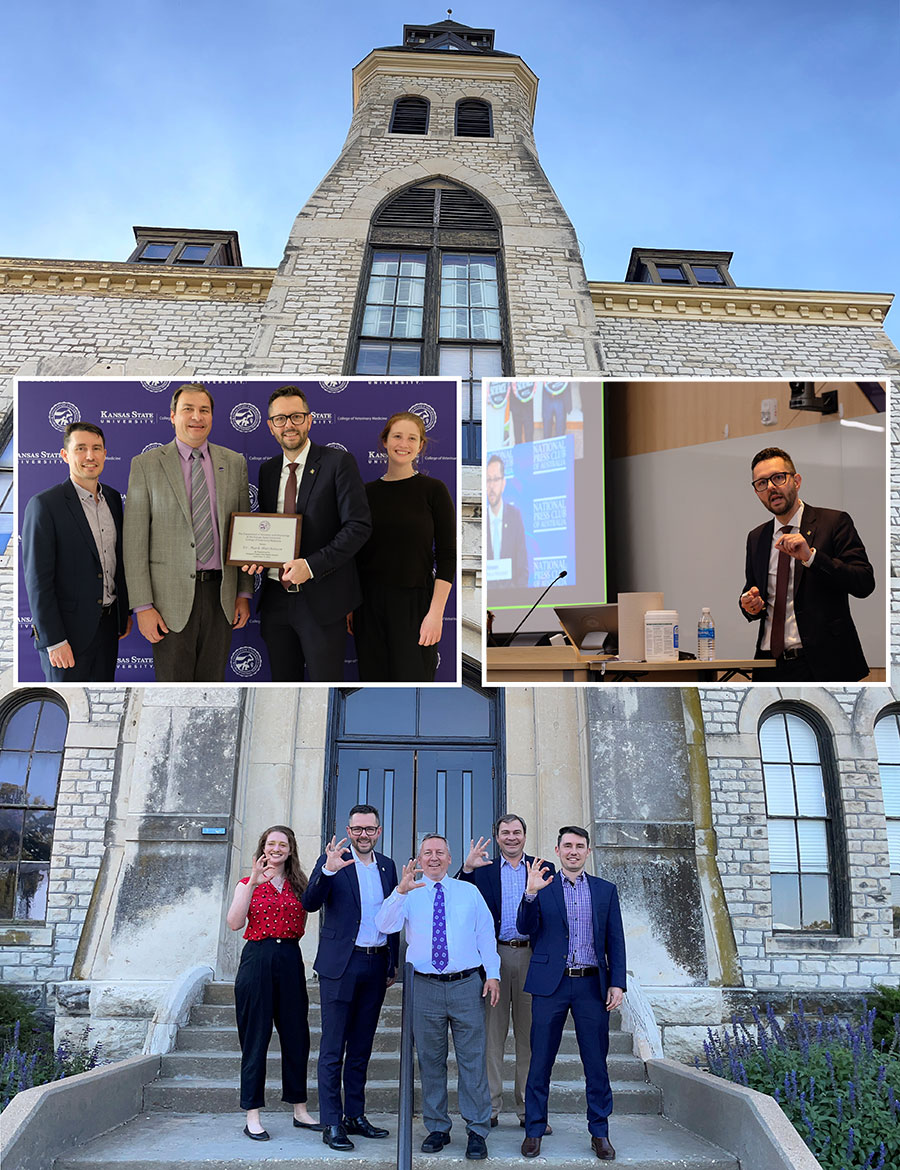 Dr. Mark Hutchinson (in inset, above right) delivered the Coppoc One-Health Lecture at Kansas State University on Sept. 13. He and two of his colleagues from Australia, Drs. Charlotte Johnston and Dan Barratt, along with K-State Anatomy & Physiology Department Head Dr. Hans Coetzee, met with KSU President Richard Linton (in center of photo on Anderson Hall steps) before the seminar presentation, after which Dr. Coetzee awarded Dr. Hutchinson a plaque to commemorate the inaugural Coppoc address (inset, above left).

The Coppoc ONE Health Lecture was established through the generosity of Gordon and Harriet Coppoc. Coppoc received his bachelor's degree in animal science in 1961 and his Doctor of Veterinary Medicine in 1963, both from Kansas State University. He was awarded his doctorate in pharmacology from Harvard University in 1968, served as a captain at the School of Aerospace Medicine and was a research fellow at the University of Chicago before joining the faculty of Purdue University in 1971.

In 1998, he was appointed assistant dean of the IU School of Medicine and director of the Lafayette Center for Medical Education at Purdue and retired from that position as an associate dean. In 2004, the K-State College of Veterinary Medicine presented an alumni recognition award to Coppoc. He retired in 2014.

The objective of the Coppoc lecture series is to bring internationally acclaimed scientists to K-State to discuss their research interests with students and faculty throughout the university, focusing specifically on One Health, which are issues that emphasize the connections between animal and human health. Coppoc especially appreciated the connections because of his career in both veterinary and human medicine. 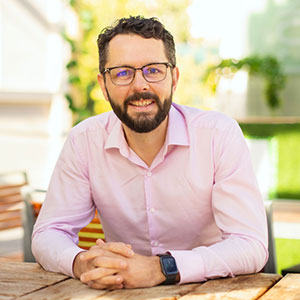 Mark Hutchinson
Director of the Centre for Nanoscale BioPhotonics at the University of Adelaide, Australia.

Mark Hutchinson presented the lecture, "Pain in 4D: The journey from the nanoscale to systems biology impact," Tuesday, Sept. 13 at 3 p.m. This was the inaugural lecture for this new lecture series and is available to view online at the link above.