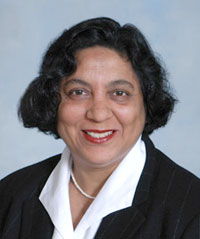 There are two main research projects in my laboratory:

1) Gene Expression and Alcohol Use Disorder (AUD): In this project our goal is to delineate molecular mechanisms underlying alterations in gene expression in the brain following chronic alcohol exposure. Alcohol use disorders affected an estimated 14.5 million Americans according to a national survey from 2019. Alcohol related problems have a huge economic burden (lost workplace productivity, healthcare expenses, and crime-related costs, NIDA: Trends and Statistics, 2017) costing the US about $740 billion each year. Alcohol is known to affect different receptor systems in the brain. Among these receptor systems N-methyl-D aspartate (NMDA) receptors play an important role in the development of alcohol dependence and withdrawal syndrome. In my laboratory, we are particularly interested in understanding the molecular mechanisms that underlie the changes in gene expression of NMDA receptors following alcohol exposure. Our main focus is on the role of RNA-protein interactions in regulation of NMDA receptor expression. We also study the effect of alcohol exposure on RNA splicing of NMDA receptors. We use multi-disciplinary approaches from molecular and cell biology and biochemistry to examine alcohol’s effects on GluN1 mRNA stability and splicing. We use an in vivo and in vitro model systems for our studies. Mouse cortical neurons are used as an in vitro model system. We developed and employ an in vivo mouse model of alcohol dependence.

2) Exosomes and Intercellular Communication in Brain, and Cannabis use Disorder (CUD): Due to increase in public demand, cannabis use is legal in 47 states (some limitation on THC concentration for instance 0-0.1% in Idaho) for medical purposes and in 14 states for recreational use. Many people believe that cannabis use is not risky (NIDA). Although cannabis has been used by humans for at least in 2,500 years (Donahue, M. 2019 Earliest evidence for cannabis smoking discovered in ancient tombs, National Geographic), Contrary to popular belief, both short- and long-term effects of cannabis use have been observed (https://www.drugabuse.gov/publications /drugfacts/marijuana). Our goal is to understand the impact of cannabis on the central nervous system. Specifically our goal is to understand cannabis-mediated intercellular communications through exosomes.

Anji, A. and Kumari, M. (2011) A cis-acting region in the N-methyl-D-aspartate R1 3'-untranslated region interacts with the novel RNA-binding proteins beta subunit of alpha glucosidase II and annexin A2 – effect of chronic ethanol exposure in vivo. Eur. J. Neurosci. 34:1200-1211