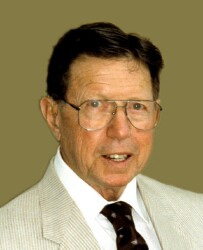 The late Dr. Arnold S. “Rosy” Rosenwald, Davis, Calif., has been selected by the Kansas State University College of Veterinary Medicine and its Veterinary Medical Alumni Association to receive a posthumous 2008 Alumni Recognition Award. The award is in recognition of his career in veterinary medicine and for having served as an exemplary role model for future alumni in a professional and community setting.

Dr. Rosenwald was extension poultry pathologist emeritus at the University of California-Davis. He died Jan. 23, 2008.

In 1989, Dr. Rosenwald reflected on his career and wrote, “With a solid science background, rather than the application there [at Kansas State University] of (skill training), it was possible to complete the veterinary course more quickly and be both stimulated and educated, rather than trained. The lack of skills may have accounted for part of my career selection, but the basic background and the emphasis on logical, factually based thinking has always stood me in good stead.”

“We were very saddened to learn the news of Dr. Rosenwald’s passing,” Dean Richardson said. “We had already planned to recognize him with this award in honor of his distinguished career and will now do so posthumously. Dr. Rosenwald showed the importance of focusing on animal-specific medicine. His dedication to this field will have a lasting impact on future veterinarians.”

Dr. Rosenwald was born in 1909, in Albuquerque, in what was then territory of New Mexico. He attended UC Berkeley and UC Davis, earning a bachelor’s degree in 1930. He completed his DVM at Kansas State University in 1936, and went on to earn a master’s degree in bacteriology from Oregon State University, Corvallis, in 1942, and a doctorate in veterinary science from the University of Wisconsin-Madison in 1956.

He began his career with the Department of Agriculture in meat inspection and investigation of swine brucellosis and scabies and tuberculosis in sheep. From 1937-1942, he was an assistant professor of veterinary science and assistant veterinarian in the Agricultural Experiment Station at Oregon State University, Corvallis. Dr. Rosenwald then served in the Army Veterinary Corps as a veterinary bacteriologist for the War Department’s Special Project Division, also taking care of the birds in the Signal Pigeon Corps.

In 1946, he joined the University of California as its first extension poultry veterinarian, initiating the Extension Poultry Disease Program. Dr. Rosenwald served at Berkeley for four years and then moved to Davis until retirement in 1977. During his career he emphasized the importance of poultry veterinary medicine. Dr. Rosenwald served on the 1959 committee of the National Academy of Sciences’ National Research Council evaluating biologics for poultry.

He was a charter member and past president of the American Association of Avian Pathologists (AAAP). Dr. Rosenwald served as editor of Avian Diseases from 1961-1965. He was instrumental in founding the Western Poultry Disease Conference and initiating the Poultry Health Symposium. Dr. Rosenwald was also a past president of the American Association of Extension Veterinarians. In 1975, he was named Extension Veterinarian of the year. Dr. Rosenwald received the AAAP Service Award in 1980. The 37th WPDC in 1988 was dedicated to him. In 2000, the AAAP initiated the A.S. “Rosy” Rosenwald Student Poster Award in recognition of his efforts to advance avian medicine.

The Pacific Egg and Poultry Association honored Dr. Rosenwald in 2005. In 2006, a classroom in his name was established at Gladys Valley Hall in the new UC-Davis School of Veterinary Medicine.

Dr. Rosenwald is survived by his wife, Joan; daughter, Joyce Rosenwald of Corvallis, Ore.; grandson Todd Nelson of Fresno, Calif.; and his stepdaughter and her husband, Pat and Rich Nims of Hawaii. He was preceded in death by his brother, Stanley; his first wife, Genevieve; and daughter, Joan.