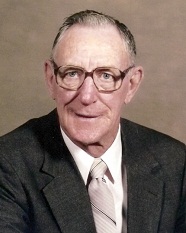 The late Dr. Norman Meriweather, Miller, S.D., is 2012 recipient of the Alumni Recognition Award at the Western Veterinary Conference in Las Vegas on Feb. 20.

“This award helps keep alive the memory of a special alumnus,” said Dean Richardson. “His career reflects a lifelong dedication to both animal health and agriculture. We are honored to recognize and remember Dr. Norman Meriweather for his achievements. His positive impact has been felt throughout South Dakota and will continue to live on through future generations”

“Our dad, ‘Dr. Norm’ cried the day he got the call to say he was receiving this award,” said his daughter, Marcia Potts. “He told me it was an honor to get this but probably didn’t deserve it as he was just doing his job. Dad loved his profession and respected every farmer/rancher he serviced. He has done great things for not only his profession, but for his community, family and friends. Dad was always proud to be a K-State alumni, loved his Wildcats and reunions with his K-State classmates were always a highlight that he looked forward to.”

Dr. Meriweather passed away on June 17, 2011. He is survived by his wife Margueritte “Margo” of 68 years, and their three daughters: Connie, Helen Kay and Marcia; and seven grandchildren and 10 great grandchildren.
Updated: 2/9/22