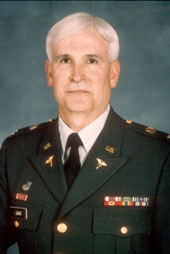 In 1998 after 26 years of service, Dr. Jaax retired from the Amy at the rank of Colonel. During his career he worked in a number of professional capacities, including medical defense against chemical and biological warfare programs, biological arms control and treaty compliance programs, biowarfare counter-proliferation and cooperative threat reduction efforts in the former Soviet Union, professional mentor for laboratory animal medicine officers, post-graduate lab animal medicine training program director, and many other duties common the a veterinary medical officer.

COL Jaax served as the "Consultant to The Surgeon General of the Army" for the specialty of Laboratory Animal Medicine for over six years, serving as the professional and career mentor for over seventy military board certified and in-training laboratory animal medicine veterinary officers. During his tenure as consultant, he chaired the interagency committee with oversight responsibility for high risk, high visibility DoD animal care and use programs. A notable accomplishment during this period was the design and implementation of a standardized laboratory animal care and use program that was adopted for use across the entire Department of Defense.

After graduating from K-State in 1972, Dr. Jaax entered the U.S. Army Veterinary Corp, initiating a military career that has impacted the security of this country. In his most recent military position as Director, Biological Arms Control Treaty Office, United States Army Medical Research & Material Command, Ft. Detrick Maryland, from 1997-1998, he was designated the Implementing Agent responsible for the implementation and compliance of the U.S. Army with all applicable biological arms control treaties and agreements. In this position he played a role in national Cooperative Threat Reduction and counter-proliferation programs and efforts in the Former Soviet Union. The basic aim of these international programs is to reduce the possibility that offensive biological weapons programs are still active in Russia, and to prevent the potential proliferation of biological weapons and technology from the Former Soviet Union to rogue nations or other parties.

From 1989-1997, he served as Chief, Veterinary Medicine Division, United States Army Medical Research Institute of Infectious Diseases at Ft. Detrick, Maryland. Responsibilities as Chief, Veterinary Medicine Division, included management of a comprehensive veterinary research services and a support division, concurrently serving as the Director of the U.S. Army's Post-Graduate Training Program in Laboratory Animal Medicine with an academic appointment at the Uniformed Services University of the Health Sciences in Bethesda MD. During this time he gained extensive research and management experience in high-hazard animal care and use programs in biohazard containment environments through the BSL4 level. During this year, he was a key participant in the Reston Ebola hemorrahagic fever response and management operation described in Richard Prestons's New York Times Bestseller, The Hot Zone.

Dr. Jaax has been an invited speaker for several hundred-platform presentations, many of which are in plenary sessions or as a keynote speaker at national meetings or for colleges or universities. These presentations primarily focus on emerging infectious disease management and response, and on issues involving bioterrorism especially as it applies to our agricultural infrastructure. He has provided expert testimony on military animal care and use for the Senate Armed Services Committee, and on the topic of agroterrorism for subcommittees of the Kansas Legislature, the U.S. House of Representatives Committee on Government Reform, and for the U.S. House and Senate Armed Services Committee. Dr. Jaax has been quoted in numerous national print media including the New York Times, The Washington Post, The Washington Times, The Wall Street Journal, Philadelphia Inquirer, etc., and has appeared on national TV including 48 Hours (News Journal), the Learning and Discovery Channel, and MSNBC (Ashleigh Banfield across America series) and on many local and regional media outlets since September 11, 2001.

Jerry and his wife, Nancy, who received her DVM from K-State's College of Veterinary Medicine in 1973, were the second married couple in the history of the Army Veterinary Corps, and are the only couple to achieve the rank of Colonel. They reside in Randolph, Kansas and have two children – Jason and Jaime.