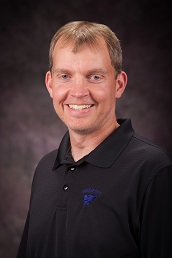 Non-steroidal anti-inflammatory drugs (NSAIDs) are widely used for the alleviation of pain and inflammation, but their use is associated with a suite of negative side-effects, particularly in the gastrointestinal (GI) tract. The mechanisms underlying GI toxicity caused by NSAIDs initially was thought to arise out of indiscriminate inhibition of prostaglandin synthesis; however, mounting evidence suggests that more diverse mechanisms are involved. Disruption of intestinal restitution, the cell migration-dependent process by which defects in the intestinal epithelia are repaired, is one side-effect caused by NSAIDs that may contribute to GI damage. Our research program focuses on understanding the molecular mechanisms underlying NSAID-induced disruption of cell migration, in addition to identifying novel mechanisms through which NSAIDs disrupt normal epithelial function. Understanding how NSAID-induced toxicity occurs will allow the development of intervention strategies to alleviate symptoms and/or guide future efforts to synthesize new categories of NSAIDs that do not promote GI damage.