One Health Approach: a solution to control the zoonotic threat of the emergence and spread of the Mayaro virus from the Caribbean and beyond

Humans, animals, and the environment form a triangle inherent in the emergence and transmission of various infectious diseases. Many factors may be responsible for the emergence of zoonosis (animal diseases transmitted to humans), including contact between humans and animals that are potential reservoirs of pathogens, urbanization, deforestation, agricultural practices, poor sanitary conditions, human migration, and the adaptability and resistance of pathogens.1 All these factors are inextricably linked to the global threat posed by current climate change. This threat has been growing for many years and governments, major industrialists, and society should stop taking it lightly. Understanding and responding to these threats calls for concerted action by the sectors directly or indirectly responsible for human, animal, plant, and environmental health. This is where a One Health approach comes in.

At the top of the list of health, threats are the zoonotic risks, including those agents that are pathogenic for animals but for which humans are likely to be infected. Emerging zoonotic events occur when new diseases, newly evolved, or already circulating in a specific environment, their incidence is increasing and their geographical scope, host or vector spread is expanding into a new geographic area.1 A threat is that this danger is only increasing over time, and the years and we will see an example of an emerging zoonotic disease with the Mayaro virus, a potentially emerging arboviral disease in South America.

The Mayaro virus (MAYV), is an arbovirus of the alphavirus genus that was discovered in 1954 in Trinidad by a forestry worker. Over the past six decades, the MAYV spread, throughout South America including Brazil, Bolivia, Colombia, Costa Rica, French Guyana, Guatemala, Haiti, Mexico, Panama, Peru, Surinam and Venezuela. Since 2010, it has become one of the most important Mayaro virus epidemics. In humans, the symptoms of Mayaro fever are similar to those of dengue or chikungunya, which is why it is difficult to differentiate the diseases according to the clinical presentation. MAYV is a zoonotic virus with an animal reservoir (non-human primates and migratory birds) through which a sylvatic vector (in this case, a mosquito feeding on wild animals) will infect a vertebrate host, such as humans. MAYV is mainly transmitted by the female mosquito bite from the genus Haemagogus spp. of the family Culicidae (Order: Diptera).2 Today from its emergence in the forested area of the Trinidad-Tobago islands, MAYV is widely spread across South and Central America, especially in the Amazonian Forest of Brazil, where it maintains a well-established forest sylvatic cycle.3 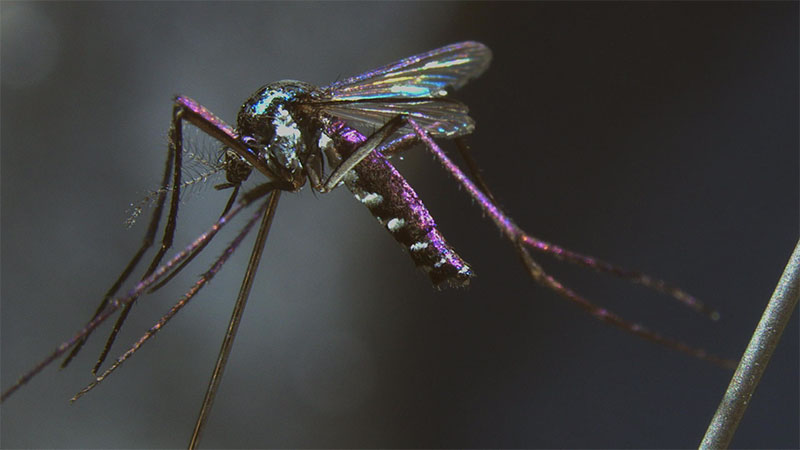 The 2015 epidemic went beyond the borders of the forest areas and found its way through the Caribbean islands into semi-rural Haiti through an 8-year-old child.4 This virus now circulates in urban areas undetected in a naïve population. Because of its unusual and expanding reach in the region, the National Reference Center (NRC) of arbovirus of French Guiana reported this zoonosis to the public health authorities of the department.5 Scientists are currently asking the main questions: How does this virus persist in an urban environment? Has this virus adapted to new vectors circulating between the forest and the city? Did it completely adapt to humans, or did it find a reservoir of domestic or peri-domestic animals, which explains the urban and peri-urban infections? Are humans now encroaching on the mosquito’s habitat possibly increasing transmission? Has this virus mutated to cause human-to-human infections?

Nowadays, these questions remain unanswered, raising a real concern for human health that is directly linked to environmental health. If we take the model of dengue fever, which is transmitted to humans by mosquitoes in a similar way to MAYV, climate change is at the root of the problem. Increased temperature and humidity appear to accelerate the rate of development of mosquito eggs and larvae, reducing the time of development between larval and adult stages. Excessive rainfall leads to stagnant water spots formation on the ground and fills the containers around the houses of the affected community, which could become potential breeding sites and thus explaining the migration of reported infection into urban areas.6

Implementation of the One Health approach

This is where the One Health concept comes into its own. Indeed, it is based on a multidisciplinary and collective approach that brings together three pillars: human health, animal health, and environmental health. This concept offers an opportunity to join forces in the fight against emerging zoonoses, such as the MAYV, by focusing on current environmental issues. Currently, One Health is developing action plans for many emerging viral diseases: bringing together veterinarians, entomologists, virologists, and ecologists. Together, mitigation strategies can be executed, such as implementing awareness campaigns within affected communities and setting arthropod traps (for counting and/or capturing). Unfortunately, research and action plans on MAYV are currently poorly funded, so the One Health concept is poorly implemented due to a lack of resources.7 These are the main underlying challenges that affect the low success rates of vector control programs for many neglected diseases of concern.

I had the opportunity to work at the Pasteur Institute of French Guiana and develop a personal research experience with MAYV to optimize the sequencing protocol of the MAYV using the MiniON Oxford Nanopore® Technologies. This was a fantastic experience because I was able to work with different research sectors such as virology, entomology, vector transmission, and the vector/host infection laboratories at the Pasteur Institute in Cayenne (French Guiana). All these laboratories have high technology, and the people have a strong sense of teamwork. Ultimately, I was able to add the whole-genome sequence of MAYV, made in 2021, in a phylogenetic tree tracing many strains and for which the oldest dates from 1954. 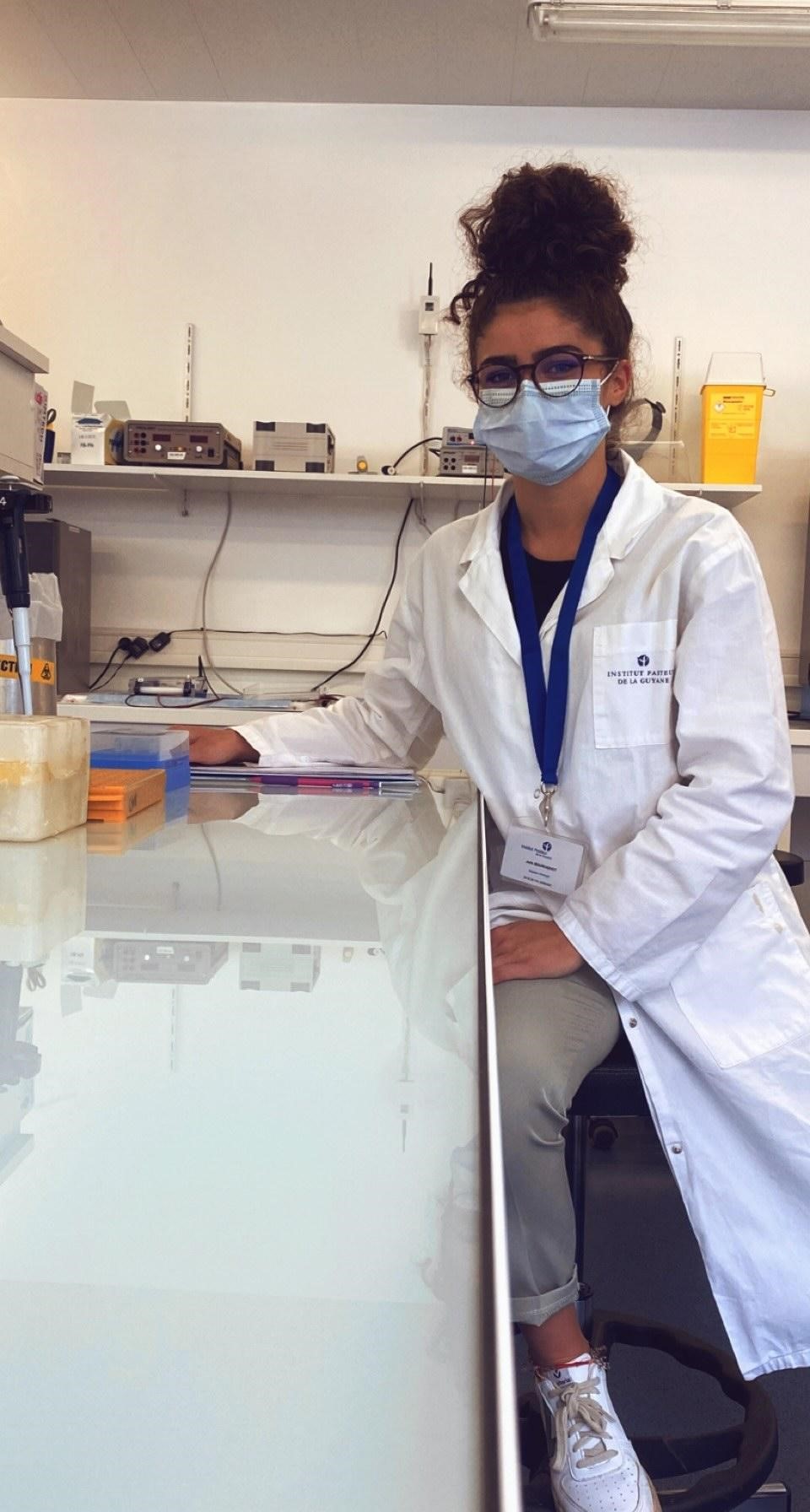 Using the One Health approach, countries must provide a more significant share of funding for research and protection of the environment as a whole. Moreover, governments and decision-makers should take the word of scientists into account and become involved in these issues, before the media highlights emerging issues. As we face numerous environmental health, politicians can help raise attention to these costly ecological issues. 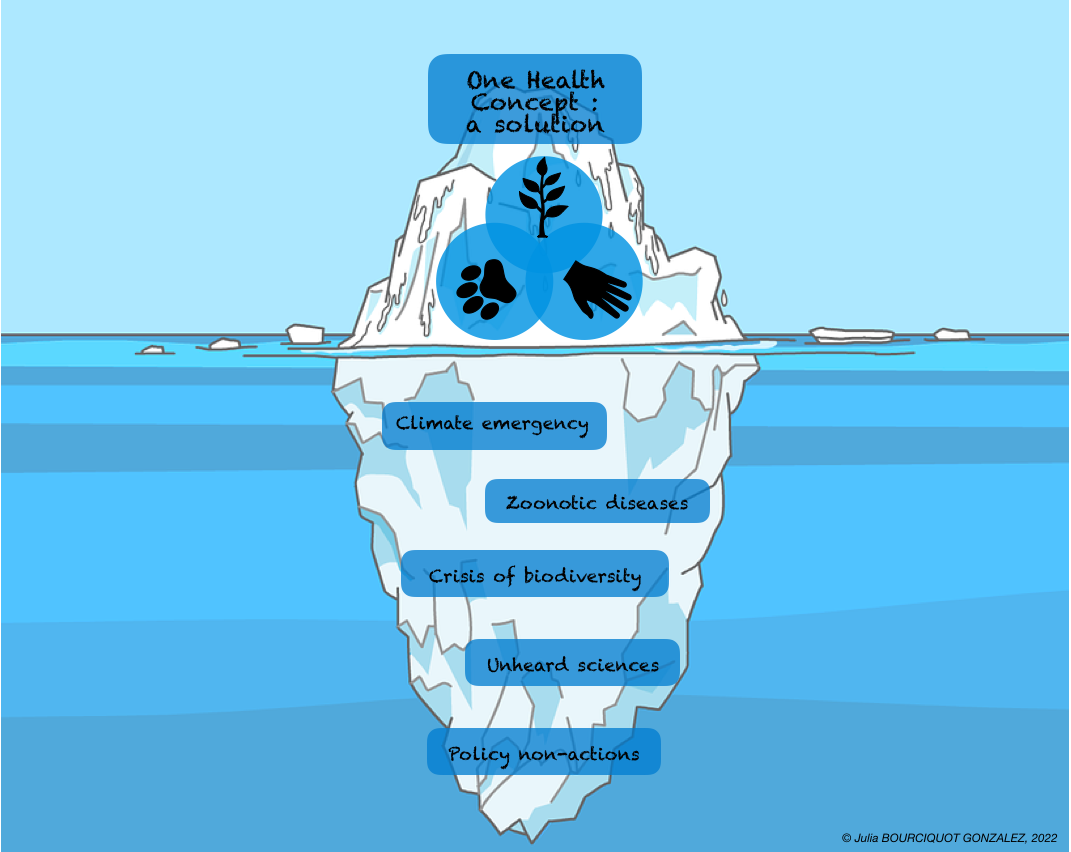 Figure 3. The One Health Iceberg (credit: Julia Bourciquot-Gonzalez). "This figure is a caricature of the application of the One Health concept today; major environmental challenges are tipping the future of the human species. They represent the submerged part of the iceberg, as political decisions are insufficient. One Health is one of the solutions. However, despite the efforts of many research teams in science, this concept is not being promoted by decision-makers, so it must be adopted and funded by all governments to have a better future in 30 years' time."

We are now obliged to act through scientific knowledge, which must be widely promoted in all fields of study. The One Health concept, which considers the triangle of balance between human, animal, and environmental health holistically by all countries in the world and for all zoonotic problems, would enable us to act more effectively and rapidly in the short- and long-term.