Globally, citizens of rural and city environments saw a change in their habitat as their unspoken neighbors emerged from the shadows. Amidst the pandemic, animals everywhere felt comfortable enough to walk on the streets as if paved for them, sleeping in abandoned places, and roaming in a curious and carefree manner. This unconventional change was a delight for many in our time of quarantining and social distancing, bringing out wonder in many of us as nature tried seamlessly to return to her roots. But did this phenomenon speak to another issue in the public forum that has long since been ignored?

With the current fatalities due to coronavirus disease 2019 (COVID-19) estimated at 1,488,120 people as of December 3, 2020, the effect of zoonotic diseases on human lives has never been more evident, and the overwhelming role of zoonotic disease transmission in emerging pandemics must be discussed. Approximately 60% of known infectious diseases and approximately 75% of new infectious diseases are zoonotic in origin. Zoonotic diseases account for an estimated 2.5 billion cases of human illness each year, of which 15.8% of these cases lead to death.1 While zoonotic transmission has increased lately due to habitat destruction and increased trade of exotic animals, evidence points to increases in the global population of domesticated animals as the primary driver. With increased zoonotic transmission and the nature of asymptomatic spread, mitigation measures may be challenging. This “virus spillage” becomes further magnified by higher population densities and the wildlife-urbanization overlap.2 The same pattern occurs in agricultural industries, as domesticated animals continue to populate in close proximities within a human-dominated landscape. The role of human-animal interactions, both in the wild and on industrialized farms, in exacerbating emerging infectious diseases, is immense.

As the link between zoonotic diseases and poverty cannot be ignored, these interactions can create a "poverty trap." Whether from increased exposure to livestock or nature, rural communities are more susceptible to zoonotic transmission than urban communities. A total of 98.6% of the global burden created by zoonotic diseases occurs in developing countries due to a lack of preventative tactics in these at-risk communities.3 Communities living and working on the edge of wildlife habitats are expected to live alongside the neighboring animal populations that share the same plot with no guidance or direction on navigating the risks of virus spillage. Unfortunately, endemic concerns are not as highly publicized or addressed as global outbreak concerns, creating a delay in the disease identification process. Once recognized, governments focus on freezing livestock production without providing alternatives or financial relief to the community’s farmers, causing a panic within the farmers that incentivizes fraudulent trade to sustain themselves. This new black market, consisting primarily of distress sales, further disturbs the poor economy, deepening the poverty trap. These series of events can promote the spread of the zoonotic pathogen and create lasting damage on the wildlife, livestock, and human health (Figure 1).3 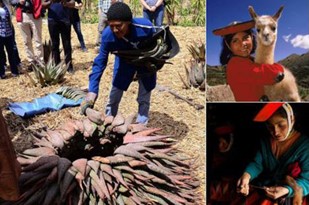 The dangers of zoonotic transmission, primarily due to animal agriculture, are not foreign to United States policy. The U.S. Centers for Disease Control and Prevention (CDC) and the U.S. Food and Drug Administration (FDA) have identified the need to craft state and federal laws to address animal agriculture’s role in transmitting disease. For example, numerous laws surrounding the sale of cow’s milk require pasteurization to mitigate the growth of harmful bacteria.4 However, while these regulations mainly address interstate commerce, some states have continued selling unpasteurized milk on intrastate milk products. With some states choosing to allow the sale of raw milk, the CDC has identified a significant health risk, noting the potential for E. coli, Campylobacter, Brucella, and Salmonella outbreaks, among others. In fact, between 2007 and 2012, there was a significant increase in the number of pathogenic outbreaks associated with non-pasteurized milk, with 81% of outbreaks taking place in states where the sale of raw milk was legal.4

The CDC’s concern with zoonotic transmission is significant − including the engagement of youth of rural communities to ensure that farmers take proper anti-influenza measures. After an outbreak of influenza occurred at an agricultural fair where children played with pigs, the CDC developed a program to teach children about zoonotic disease dangers.5 In a world where zoonotic transmission is widespread and dangerous, these measures are not sufficient. As was the case a century ago in Upton Sinclair’s The Jungle, states and private actors circumvent the proper disease control standards in pursuit of their profit-maximizing agendas, mitigating the costs to their business by compromising public health. Since the CDC’s warnings have not changed the market for raw milk in these states, we must assume that other recommendations may also not be followed. Recognizing this dilemma and aiming to understand this complicated issue, the CDC created the One Health Zoonotic Disease Prioritization Tool (OHZDP) in late 2017.1 The OHZDP tracks and helps identify alarming diseases and their origins using information from the health, agriculture, environment, and wildlife sectors. While it is encouraging to observe animal agriculture utilized in this tool, not much can be done to prevent future pandemics without placing additional restrictions on wildlife trafficking and industrialized farm practices.

The mere possibility of restrictions being placed in industrialized farming is enough to turn the public away from an uncomfortable conversation regarding animals’ general treatment. No one wants to hear that 72 billion land animals are killed for food annually or that these agricultural environments cause infections with avian influenza (H5N1), severe acute respiratory syndrome (SARS), Ebola virus, and the Nipah virus. Between 2005 and 2007, one study revealed that 7.4% of 700 pigs tested in Indonesia carried H5N1, despite lacking symptoms.6 These ominous results indicate that these diseases are transmitted within animal populations, often asymptomatically, at a rate that we cannot anticipate before consumption. Observing that avian influenzas limited in human-to-human spread, these pigs act as potential sources of human infection. Coupled with the fact that a portion of wildlife trade is conducted for exotic pet ownership, entertainment, food, skin or spiritual healing medicines, public health domains must address this real danger in society. The use of animals to gain enjoyment and profit erodes the safety barriers that protect us from the real risks of disease, climate change, food injustice, and biodiversity integrity. While many Americans are just now experiencing the suffocating effects of active community transmission of an infectious disease in their lives, many populations have been experiencing instability and neglect from such a system for generations.

Animal agriculture’s public health consequences are not limited to zoonotic disease transmission; they also extend to the weakening of potent medicines. Since the creation of antibiotics, humanity has been succeeding in our collective fight against bacterial infections. However, our overuse of antibiotics is leading to increased antimicrobial resistance from bacteria.7 Within factory farms, antibiotics are used extensively in livestock populations, not to treat sick animals, but to mitigate the emergence of disease within these populations. The World Health Organization estimates that we currently use four times as many antibiotics on the animals we consume than to treat humans with bacterial infections.8 With these antibiotics being used prophylactically, antibiotic-resistant bacteria reproduce at a higher rate within these livestock populations, creating superbugs that cannot be treated with antimicrobials. Adding more severity, zoonotic transmission of these bacterial infections to humans results in a highly lethal, resistant bacteria that are very difficult to treat. A notable example is methicillin-resistant Staphylococcus aureus (MRSA), which has jumped from cows and pigs to humans. The overuse of antibiotics and the resulting bacterial pathogens create a compounding of public health crises; animal agriculture is magnifying zoonotic transmission while simultaneously stripping away the ability to fight these diseases.

In the current midst of COVID-19’s spiraling aggression, states are loosening stay-at-home orders, CDC’s recommendations for public safety are being questioned, and slaughterhouses remain open. With the legal system supporting these policies, it is clear that the healthcare frontline providers cannot be the only ones with their hands full. The CDC should consider expanding the OHZDP framework to include animal welfare ethics and the principles of sustainability. The agency can coordinate collaborations between public health agencies, environmental organizations, veterinarians, animal rights organizations, and wildlife protection agencies. More emphasis should be invested in the triage of human-animal-ecosystem health by incorporating these connections into public health academia. Shifting to a more compassionate lens can create a new standard for public health that will serve sentient beings more justly by helping to protect animals and preventing future pandemics. 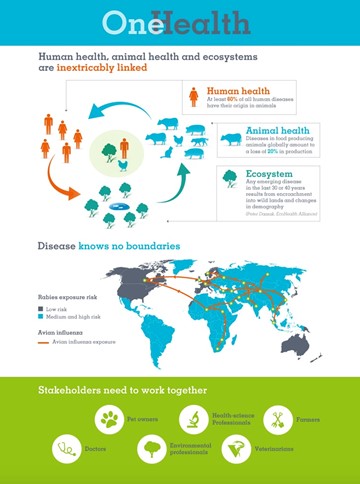 Figure 2: If One Health included animal rights organizations into their framework, animal health and ecosystem management would have another perspective to keep communities safe. (Source: Health for Animals: https://healthforanimals.org/general/one-health.html)

Next story: A Review of the Kansas City One Health Day 2020