David Emerson Gall was from Reserve, Brown County, Kansas. He was a member of the Kansas State College Veterinary Medical Association. There is a quote by Froude by his senior picture in the 1908 Yearbook, “As we advance in life we learn the limits of our ability.” The topic of his thesis for his D.V.M. degree was “Oophorectomy.” The 1914 Record of the Alumni of the Kansas State Agricultural College listed Gall as a veterinary surgeon in Reserve, Kansas.

Fred Montreville Hayes was born July 30, 1885 in Barnesville, Kansas. The 1908 Yearbook notes he is from Kansas City, Wyandotte County.In the 1908 Yearbook, Pages 7-9, Charlotte A. Morton of the Senior Class, has compiled the “Class prophecy.” It is noted, “Fred Hayes is a grand figure in public life---a great politician at whose slightest word the leaders of a mighty party respond---and, remembering his thrilling speech at the democratic convention, we are not surprised.” There is a quote by Shakespeare in the 1908 yearbook near Hayes senior picture as follows, “They say best men are moulded out of faults; and for the most, becomes much better for being a little bad.” Hayes was a member of the Webster Society, the B. H. Club, Rooter’s club, and the Kansas State College Veterinary Medical Association. The Webster Literary Society admitted to membership young men of good moral character who desired to develop their native talent for forensic art and to acquire knowledge and skill in parliamentary practice. About 1905 the College organized a Boy’s Rooters’ Club to entertain visiting teams, and to originate new and novel demonstrations given at the games to encourage and cheer the teams on to victory. The topic of Hayes’ thesis for his D.V.M. degree was “A Study of the Agglutination Method in the Diagnosis of Glanders.” The 1908 Proceedings of the AVMA, Volume 44, notes Hayes living in Kansas City and attending the Forty-Fourth Annual Convention of the AVMA in Kansas City, September 10-13, 1907. The 1910 Proceedings of the AVMA notes that Hayes joined the AVMA at the 46th Annual Convention in Chicago, September 7-10, 1909. His vouchers for membership were F. S. Schoenleber and K. W. Stouder. The 1914 Record of the Alumni of Kansas State Agricultural College lists Hayes as Instructor in Veterinary Science, University of California, Berkeley, California and Assistant in Veterinary Science, K.S.A.C., 1908-11; Instructor in Veterinary Science and Veterinarian in Charge of Hog Cholera Serum Laboratory, University of California, 1911-12. A 1916 Register for the Colleges at the University of California, Berkeley for the Academic Year 1915-16, lists Fred M. Hayes, D.V.M., Assistant Professor of Veterinary Science in the College of Agriculture. A 1920 Bulletin noted Hayes was an Assistant Professor of Veterinary Science at University Farm, Davis, California. There is an obituary in the University of California: In Memoriam, 1938, Digital Library for Hayes. It notes “On June 12, 1938, Fred Montreville Hayes, Professor of Veterinary Science and Veterinarian in the Experiment Station died suddenly from a heart attack at his home in Davis.” For twenty-six years his teaching and Experiment Station activities were a help to the livestock industry and a beneficial influence in the lives of many students who studied under his guidance at the College of Agriculture at Davis. Dr. Hayes came to California when veterinary work throughout the State was virtually in its beginning and he had a great deal to do with the excellent condition in which it is today. Having been a pioneer in the field, his activities covered many phases of veterinary service, hog cholera in particular, in the early years. More recently, bovine and porcine brucellosis also occupied his attention and he has many excellent publications to his credit in this and other fields. Dr. Hayes served as president of the California State Veterinary Medical Association. He was also a member of the United States Live Stock Sanitary Association and the Twelfth International Veterinary Congress, and was active in the work of the AVMA. He was also a member of Sigma Xi, Phi Kappa Phi, Alpha Zeta, honorary societies. He was also active in the community, including president of the Davis Rotary Club. 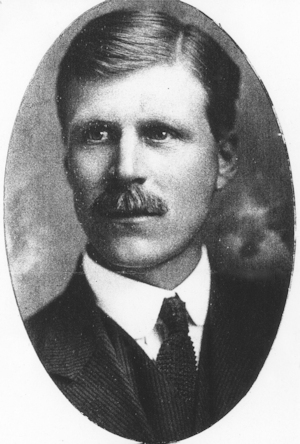 Martin Gilbert Smith was a member of the Y.M.C.A., Cabinet, the Athletic Association, the Kansas State College Veterinary Medical Association, the Dramatic Club, Alpha Beta, the Coop. Association, and the Rooters’ Club. The quote by his senior picture in the 1908 Yearbook is by Shakespeare, “He is in love.” The subject of his thesis for his D.V.M. degree was “A Study of the Agglutination Method in the Diagnosis of Glanders.” Smith practiced veterinary medicine in Wellington, Kansas from 1908-12. He then became a Veterinary Inspector with the Bureau of Animal Industry, U. S. Department of Agriculture, first located at 721 E. Forty-Second Street, Chicago, Illinois. In 1920, the JAVMA noted he was in Orangeburg, South Carolina.